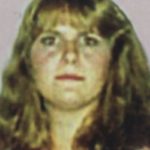 On Wednesday July 6th, 1988 about 09:45am, Pamela Ann Devizzio, 28, was found deceased on Putnam Road just east of Jacob Drive in a ditch on the side of the road by a passing truck driver who notified the Saratoga County Sheriff’s Office. She had been reported missing to Saratoga Springs Police by her father, the late Tony Devizzio, when he went to her apartment she shared with another woman at 78 Court Street in Saratoga Springs on July 5th, 1988. He had tried to call her with no answer. She also had not showed for her job at Mangino’s Restaurant. She had been bludgeoned to death primarily in the head. Her body had sustained additional damage from the heat, insects and a dog.
Pam was a waitress at the time working at the Mangino’s Restaurant on State Rt. 9P in Malta. She was a frequent night life person in Saratoga Springs and was regularly affiliated in the group of food/drink service persons who would be out well after hours into the morning. The investigation revealed she was last seen leaving a bar on Caroline Street by herself in the early morning hours of July 5th, 1988. She was believed to have been dead about 30 hours at the time she was found.

Twenty eight year old Peter Lorang, who resided alone on Cook Road in the Town of Charlton, was reported missing by family members on August 6, 2001. Family members reported that they had not had contact with him since July 31, 2001. 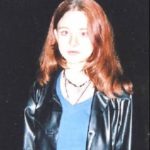